Fill in the blanks in English

KTM RC 125 is an introductory bike from RC series of Austrian bike manufacturer KTM. KTM is popular worldwide as a bike brand from a modern mature and trustworthy place. In the continuation of this series, some of the KTM bike models are also available in Bangladeshi market. KTM RC 125 is one of them, which is a dashing sports bike.

- The Indian version of KTM RC 125 includes a saree guard, a grab handle and a tire hugger, which are not in the European version.

- The KTM RC 125 Indian edition is being built by Bajaj Auto, where price is one of the main issues. The European version of the KTM RC 125, on the other hand, is quite expensive.

The bike used 149 cc engines, which is Vertical Single-Cylinder, Liquid-Cooled, and 4-Stroke. Its maximum power is 14.8Bhp @ 8500rpm and the maximum torque is 14Nm @ 6500rpm. It uses 6-speed manual gear, and its maximum speed is 136 kilometers per hour. The bike, which has 14 liters of fuel capacity, is able to cross about an average of 45 kilometers per liter of fuel. Front and Rear both are disc brakes. 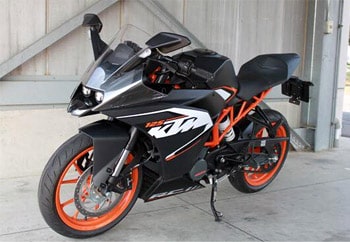 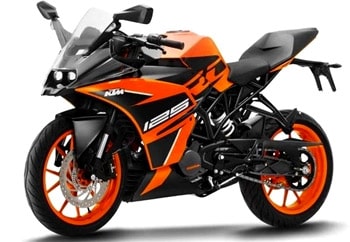 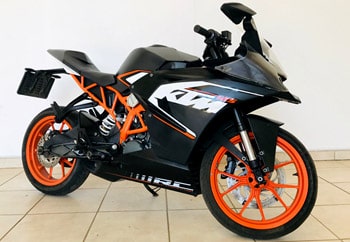 Here mentioned information may not 100% accurate. Most of the information we are collecting from manufacturer website. There is always having a change to make mistake while adding information. Kindly inform us, if you found any kinds of mistake.

Search Here, what you are Looking